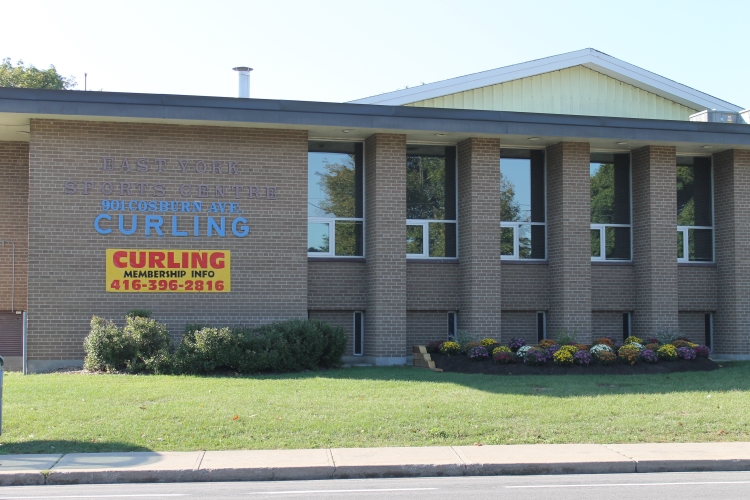 The club is located across from the beautiful Stan Wadlow Park in the centre of the sports hub of East York. Our club is well known for its friendly members, and social & competitive curling.

The club has six sheets of curling ice with leagues operating throughout the day and night during the week. We have many different leagues for social & developing beginners, intermediate and competitive curlers. We offer curling for Women, Men, Mixed, Seniors, and Youth. The curling facility is also available for rentals. 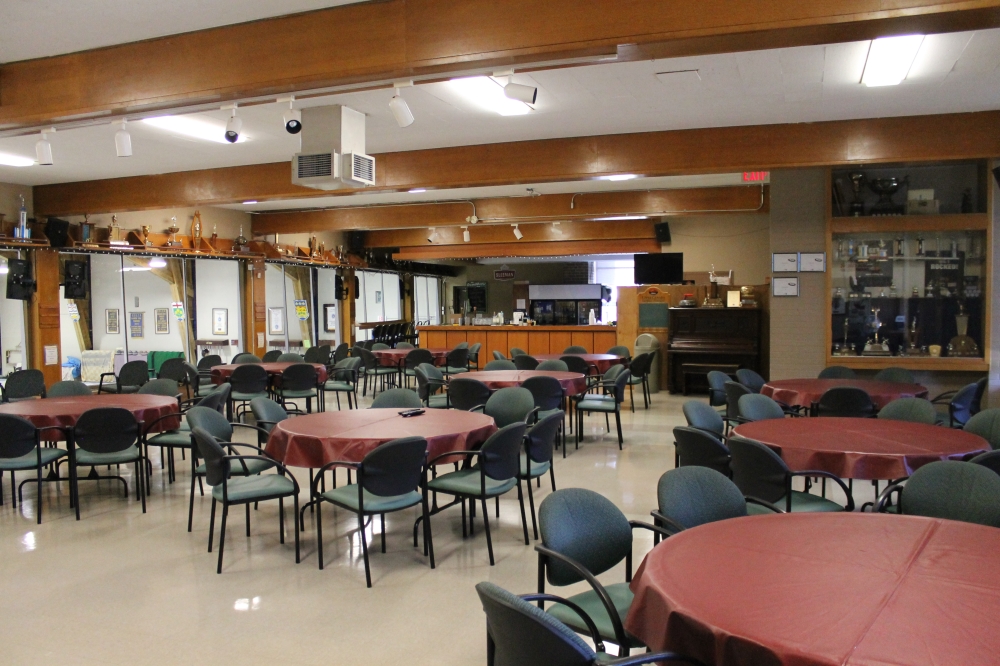 The East York Curling Club has the following amenities:

The first organized East York Curling Club and its Board of Executives was established in 1960, with our first President, Hector Scott. As our current building was not yet built, the Board arranged to use the East York Memorial Arena one full day a week. One can imagine how challenging it was to try and curl amongst hockey lines! In 1964, the present Club building was under construction and by Christmas the first game of curling was played at the present location. With no washrooms yet available, a “Johnny-on-the-spot” was set up. Although the conditions of the club were still primitive, there was no shortage of excitement.

The official opening of the Club was on January 30, 1965 with the ceremonial first rock thrown by Alf Phillips, Sr. At that time, Jack Manley was our second President.

A significant highlight of the Club occurred in 1974. Under the direction of Dave Prentice, the East York Curling Club hosted the first Junior World Championships, sponsored by Uniroyal. We are proud to be known as the birthplace of the Junior World Championships. Even today, our most valuable Club Members are awarded the Dave Prentice Award; in recognition of the tremendous efforts that Dave took to bring the Juniors to East York.

The Club itself has had many successful curlers including Herb Kuroda, who along with Iris Empey won many City Mixed titles in the 70’s, through the ’90s. Iris Empey and Diane Stone won many Business Women’s Provincial titles in the ’70s and ’80s. Vic Suzuki won two Canada Life Trophies and made the 1992 Labatt’s Tankard Men’s Provincial Championship.

Over the years the Club has developed into a community, with the highlight of our season being the Annual Summer Spiel held in June. This spiel draws curlers from across the GTA and is a two-day event that has been tremendously successful.

Our Club is a City-owned facility which is run by a combination of City staff and volunteer boards at both the Club and League levels. The warmth of the Club has been generated by the countless hours of works by volunteers. Without their warmth and generosity, the success of the Club would not have been possible.

In 2010, we celebrated our 50th anniversary of the Club and enjoyed a number of events to bring some of the wonderful curlers back to the Club to share their special memories.